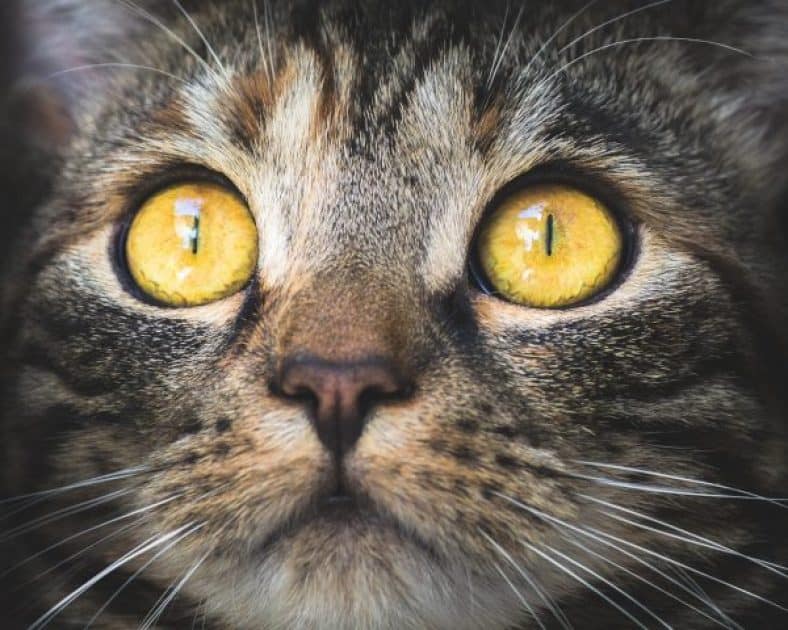 While asleep, our minds create all sorts of stories and images. Some signify happiness, others are so frightening that we wake up in the middle of our sleep to contemplate. But have you ever dreamt of something that comes to happen later on in real life? That is how powerful dreams are.

Some dreams are more than just an illusion; they have some secret messages attached. For instance, dreaming about cats. Have you ever dreamt about cats? What does it mean?

Dreaming about cats conveys a message about our characters and personalities. More often than not, the dream shows how we connect with that story in real life. For instance, if you have a cat that is normally very calm and relaxed but, in that dream, it jumps all over, it might be a gesture that a fearful part of yourself wants to be more confident.

There is no general explanation as to what dreams about cats symbolize. Everyone has unique perceptions and characteristics; therefore, what a dream means to me may be completely different from what it does to you. So, the first step to understanding what it means is knowing yourself. On the flip side, however, dreams about cats may not symbolize anything at all. But rarely is this the case.

Let’s start by looking at the history of cats in different cultures around the world.

The Ancient Egyptians were among the first people to domesticate the cat, as early as 3000 BC. They fell in love with the four-legged buddy because they believed it kept away snakes and rats. Their love for cats grew enormously until they even started worshipping it. The head of the cat symbolized their goddess Bastet.

In China, a cat was a valuable commodity and was traded for fine silk. Other than that, it was a gesture for good luck, love, and peace. The Japanese also believed that cats would attract good luck. They held the animal in high priority that they even banned its commercialization.

Cats also had a rich heritage in Greece, Rome, India and eventually spread and gained immense popularity world over. Today, cats are part of the household, thanks to their superb cleanliness, among other admirable characters. 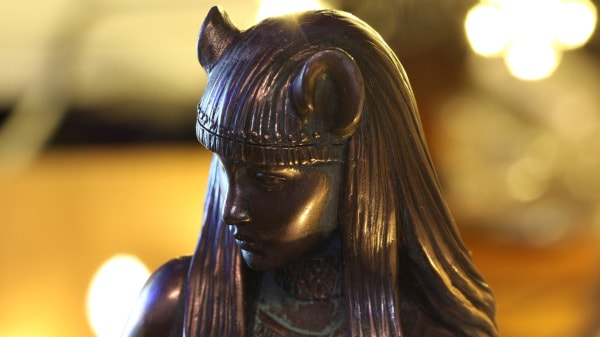 Cats in Different Cultures and Religions

Being one of the cleanest pets, Islamic believers adore cats and even domesticate them. They also allow cats to enter into the mosques as they are deemed harmless. Some even believe that cats are temple protectors.

Arabs deem cats as a sign of thievery. If cats appear on their dreams and they kill it, it calls for jubilation as that is a sign of victory or outsmarting a cheat. If the cat feeds on the dream, they believe that you are about to get whatever that somebody owes you. If the cat appears in your dream as injured or bleeding, it means that the cheat or the thief received a deserved treatment.

Dreaming of cats in Hindi culture signals a great danger ahead. It means that there are dangerous people within your circle who are trying to tear you apart. If the cat bites or scratches you in the dream, you should protect your family and belongings from the impending danger.

A dream about cats in these cultures signifies bad luck. The worst of it all comes when the cat in one’s dream is black. A black cat is a sign of great mystery, occult, or deceitfulness. 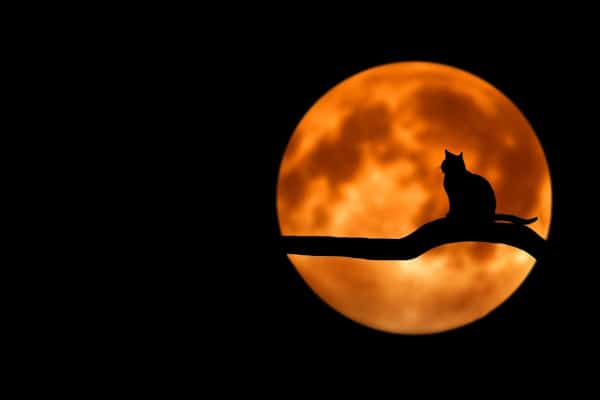 Power is the self-confidence instilled in oneself of being able to achieve something or produce a significant change. This is more related to women than men since women find it challenging to embrace and visualize their power in this male-dominated world.

When a cat appears in a woman’s dream, it may be a signal that she is getting closer to accepting and embracing their inner power. The inner connection triggered by this particular dream may be instrumental in boosting one’s confidence and general performance.

Dreaming about cats also helps us get the opinion about ourselves, i.e., your self-image. This goes way beyond just the physical perception- it also reveals your intuition, how you relate to other people, creativity, secrets, and so on.

Dynamics with the Opposite Sex

This is mostly relatable to men. Such dreams normally reveal the men’s opinion of the opposite sex. It can also portray the opposite sex’s attitude or belief about them.

If in a dream, a cat climbs or purrs all over a man, it may indicate that women find him too attractive and irresistible. If he is already in a stable relationship, it shows that she’s the one and that he feels much at rest around her.

Cats may also symbolize rejection. For instance, if a man dreams of a hissing or violent cat, it may signal rejection or tension in his current relationship. A wild cat in a man’s dreams shows his urge for intimacy or sexual yearnings.

Most people have trust issues, maybe due to previous betrayals or just fear. Dreaming about cats may reveal just that. Sometimes, the fear of trusting your intuition may be your downfall. There is also a misconception that black cats bring about bad luck. If you believe so, then dreaming about a black cat may signify that something dreadful could happen to you sooner than later. 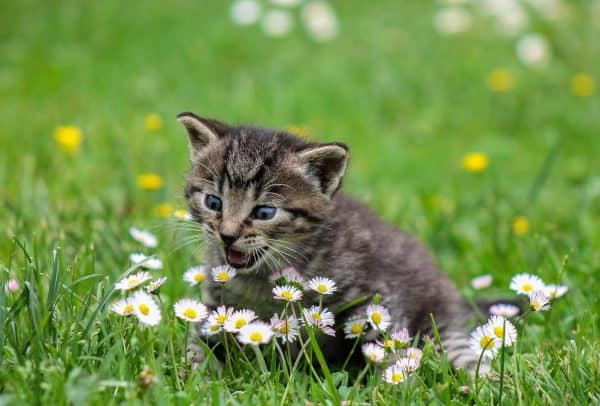 Dreams According to Cat Colors

White cat dreams are common among people with spirituality struggles. They are helpers who come to your aid to help you overcome the struggles and walk you through the journey of spirituality. When you wake up, you should obediently follow the path that your spirit guides you as it may help you get over your struggles.

For a long time, black cats have gotten the perception of a symbol of bad luck. However, psychologists have discovered that they are just a warning sign of the difficult times ahead. They, therefore, give you time to prepare proactively to face the undiscovered challenges.

You may be surrounded by treacherous friends who are likely to lead you into some trouble. This may be the perfect opportunity to reevaluate your circle and shed off the disloyal folks.

Naturally, grey is a calm color that does not signal any danger, unlike black or white. In that regard, it is up to you to find out whether what you saw in the dream makes sense or not. If you feel like there is a message relaying, then you should give it more attention; otherwise it’s a non-issue. If it makes sense, then you should trust your intuition and follow whatever it tells you.

Dreaming of spotted or multi-colored cats simply portrays your characters or attitude towards something or someone. Such feelings as jealousy, selfishness, passion, or delusion may portray in such dreams. They mostly convey messages about your perception of the opposite sex or partner. Dreaming of such cats also indicates good intentions and positive feelings. 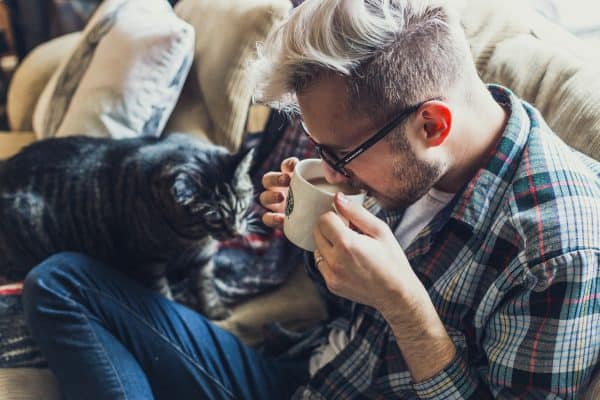 What Does Dreaming of Dead or Unhealthy Cats Signify?

In as much as death is the worst thing that can happen to any creature, dreaming of a dead cat has a positive perception. Most people believe that it indicates the defeat of ill-wishers, disloyal, or harmful friends.

If you have been ignoring your children, then all of a sudden, dream of a dead cat with live kittens around it; it is an indication that you should take extra care of your family. The worst may happen if the dead cat was your favorite. It may mean that something terrible is about to happen to your family.

A dead or a dying cat may also mean that you’re struggling with self-acceptance or is disappointed with yourself due to past deeds. If that is the case, then it also means that you may experience positive behavioral change.

If the dying cat suddenly regains life and becomes well, then it means that your old struggles have revived and are likely to cause more trouble. It also means that you are likely to hear from your old friends and family members whom you have not talked to for a long time. 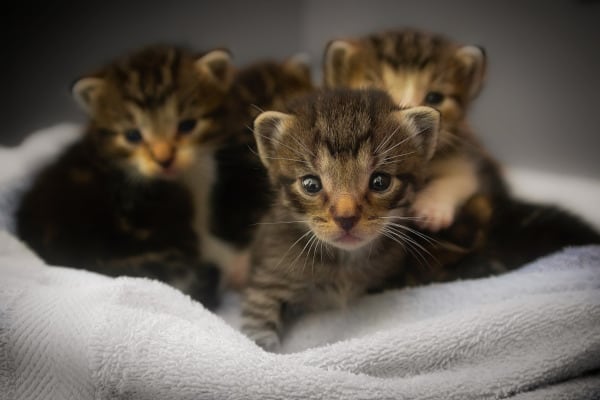 Everything happens in life for a reason. Funny as it may sound, human experiences with cats in dreams convey as critical messages as they do in real life. They may be perceptions about the opposite sex, people’s characters, intuition, beliefs, impending danger, there is an element of truth in every dream. You may take it lightly only to realize that the dream was an essential information source when it is already too late.

Cats play an important role in our lives, both in the dream world and in reality. Let us take good care of them and treat them as our third eyes.

link to What Does It Mean When You Dream About Mountains?

Sometimes people have dreams in which they see mountains. There are many dreams that involve mountains, whether it's climbing, standing on, or falling off one. Dreams are subjective, however, and you...

Continue Reading
link to What Does It Mean When You Dream About Your Wife?

In our dreams, we often see the manifestation of our relationships. The dream you are having about your wife can be symbolic of a variety of things. Dreams can indicate that you are feeling or...