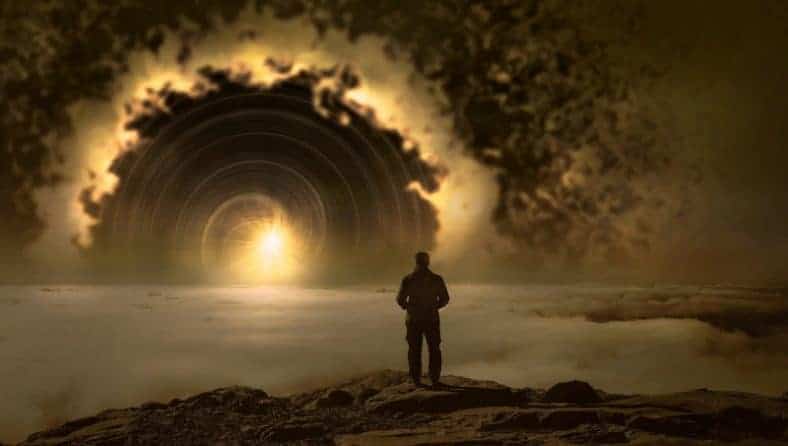 Dreams have a funny way of making us think. They can vary in type, and can also vary in intensity. Some dreams can be pointless and meaningless, while other dreams are powerful. They can stick with us for a lifetime, and leave behind a lasting impact strong enough to change a person.

People may dream about all kinds of things like ex-lovers, family, friends, and life-changing events. The dream that always seems to stick out is a dream about someone who is already dead. It is important to understand what these dreams mean in every aspect.

Dreaming about loved ones who have passed away can be painful, but various religions have an answer for this. In the modern world, many people do not know what to think when a dream like this happens, but the answer may be embedded in religion.

In Christianity, some people claim that seeing a loved one who passed away means that God is giving them a visit. These dreams can be an insight into what heaven is like, based on the way people feel during these dreams. If someone passed away, and you were unable to say goodbye, a dream of this caliber could provide much-needed closure in a time of grieving.

If the departed appears to be happy, and in good health, it can be a glimpse into how heaven helps heal all mortal wounds. These feelings of warmth and closure can actually be a message from God showing the dreamer that everything is actually alright, a way for God to show dreamers that their loved ones are being taken care of in heaven.

The Hebrew religion also has its own take on this. When someone dreams of someone who has passed away, it might be more about their name instead of the physical person.

The Hebrews claim that the name may be related to a verse in the scripture that represents a greater meaning. A dream like this could be interpreted as a message from God in the way of a metaphorical representation. So, next time you have a dream about someone who has passed away, take a look at the scripture and look for a connotation of the name. Look for what the name might be trying to tell you.

The reason that many religious values are linked to these dreams is due to the state of the dreamer when they wake up. Waking up from a dream where a loved one came to visit, leaves a lasting impression well after waking up. People have said that these feelings stayed with them for a long time after the dream.

How could that be a coincidence? This leads people to believe that these visits are acts of God and that they leave a lasting feeling as proof of this great message.

Throughout history, people have been recording these powerful dreams, and their recordings provide useful insight into what these dreams may mean. One culture that had a strong, but very different, belief of these dreams was the Zulu civilization of the 19th century. People who are known as “diviners” frequently reported having the dead visit them in their dreams.

These “professional seers” were commonly known to have “houses” of dreams, which was a place to go and have these types of dreams. In these dreams, diviners would describe all sorts of things about the dead, but on the more creepy side, the diviners did not perceive this as a good dream. They actually believed quite the opposite.

The diviners claimed that the dead were not there to simply talk with them but to actually kill them. We are not suggesting that dreaming of the dead means they are there to harm you, but it is an interesting perspective, to say the least.

One of the main reasons the diviners thought this way was largely due to their culture. The Zulu lived in a very violent culture, and this was one of the repercussions. This brings light to an interesting theory because dreaming about the dead might have more to do with how you perceived them in waking life.

Let’s take a look at another culture in history, and dive into how they perceived dreams about the departed. The ancient Egyptians believed that the dream world existed between the world of the living and the afterlife. They felt that deities, and departed spirits, roamed this realm.

Egyptians would visit “interpreters” to gain some insight into what their dreams meant. The interesting thing here is that many of these interpreters would suggest things very similar to what modern religions suggest, which are that these dreams are actual visits from the dead themselves.

Native Americans were also very into dream interpretations, and would actually induce themselves into this type of trance state to get there. Similar to other ancient cultures, the Native Americans believed that these dreams would bear messages from gods, the dead, and the nature around them.

The Native Americans, as all of the previous cultures, have also believed, though that dreams, where the dead came to visit, were actually incarnations of the dead themselves. By looking at all of the interpretations through historical cultures, there is a clear common ground in regard to a belief that the dead are actually present in these dreams. 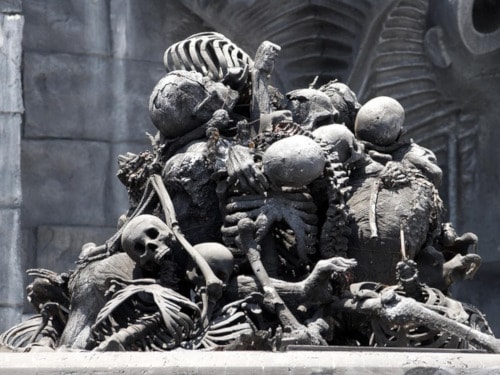 Psychology is one field that has a heavy focus on dreams and what they mean. Most psychologists will claim that a dream about seeing someone who has passed can be brought on for two reasons.

The first reason is a sense of closure, or an attempt to get a final word in. The other reason that it could be guilt. Psychologists believe that if there are unresolved feelings it can be a symptom of guilt for something not done, or done, while they were still alive.

While these answers can make sense in some cases, it does not explain why most dreamers wake up with long-lasting changes in mindset or state of being. The one thing that psychologists do believe, is that these dreams do leave the dreamer changed after.

There is one thing that everyone, in every religion, and in every culture, seems to believe. The belief that something about dreams of the departed is stronger than others.

The next approach is a spiritual one. Many people who believe in ghosts, spirits, and the afterlife, believe that a dream where the dead visit is more than just a message.

Many spiritualists actually believe that the dead are actually paying dreamers a visit. The reason behind this is that many dreams where the dead visit are not distorted like most others. Most of the time they are clear as day, and those visiting appear in their best health and age.

Spiritualists believe that these are visits from people who are either in heaven or from people who are stuck between heaven and the physical realm. This is believed to be their way of communicating with the living in the only way they can. This also seems to explain the feelings felt by dreamers when they wake up as if they were actually being touched by the dead.

This has been a recurring theory across the world and includes various cultures. The perception of these dreams also varies in regard to culture, as many cultures actually believe different things.

Dreaming of a passed loved one, or anyone who has passed away can mean numerous things based on who you ask. The important thing about these dreams is that they are open to your interpretation. A strong feeling will be left after having a dream of this caliber, and that is the main commonality across all of the perspectives mentioned. Another important thing to note is that a lot of these dreams have to do with perspective.

Everyone seems to have an opinion on them, but at the end of the day, it is up to you to decide. On the bright side of things, there is a clear commonality between all of the interpretations presented. That interpretation is that the dead are actually visiting those who are alive.

There is something in that interpretation that brings great hope to those who have had these dreams. Hope that there is life after death and a sense of comfort in knowing that those who have passed are safe.

link to What Does It Mean When You Dream About People?

Continue Reading
link to What Does It Mean When You Dream About Elephants?

A dream about elephants is a message to the subconscious mind. Elephants are symbols of strength, wisdom, and luck. If an elephant shows up in your dream, there is something in your subconscious you...