Sometimes when people experience the deepest stage of sleep, they’re taken elsewhere for a little while. They experience the mysterious sensation known as dreaming during REM, or rapid eye movement. Dreams can feel amazing. They can relive happy life moments or things someone wants to happen with their goals, relationships, or travels. They can make no sense at all.

Creatures or situations of fantasy can play a part in these surreal sleep moments, like spotting unicorns or having the ability to fly. For the most part, people don’t know they’re dreaming at all, which can be fun if a person wants to experience escapism.

Unfortunately, not all dreams are pleasant. Due to nightmares, dreams can make people relive an embarrassing memory, or frighten them by trapping them in a horrifying reality. One particular dream is debated between being bad and good. This is dreaming of someone dying.

What does it mean when you dream about someone dying? As jarring as dreams of death are, they don’t always mean someone is heading toward his or her final destination. Dreaming of someone dying can have many reasons depending on one’s emotion, life situations, and personal decisions.

For starters, death dreams can mean missing someone. If the dreamer has taken a long trip away from loved ones, they can feel a sense of missed opportunities because they are too far to experience them.

Bitter feelings of betrayal can feel like a premonition of someone’s life coming to an end. This is one of the most common reasons a dreamer may dream about someone dying. Fired from a job, getting cheated on or broken up with a lover, or feeling ostracized by a group of people, are all outcomes that can relate to feeling betrayed.

Depending on whether or not the dreamer is happy or sad about the surreal, demised person, reflects on whether the dreamer is regretful for being angry, or that death is an appropriate consequence for the betrayer. If they died in real life, the dreamer feels like they got revenge.

Another person dying in someone’s dreams could represent jealousy. If the dying person has qualities that the dreamer wants in real life, it could invoke a sensation of competition. People often base their worth on what they’ve been fortunate with.

It is not uncommon for an envious person’s mind to create a world in their head to balance the lack of qualities felt by the dreamer. The dream gives them a form of balance to see what it would be like if they were gone. It is cruel but natural, sometimes.

The experience of loss is never easy. If someone has invested a great deal of time bonding with another human being, it’s heart-wrenching to imagine a world without them. Sometimes this just happens in general if the dreamer is especially close and worries a lot without being triggered. If they are triggered, it could be by someone the dreamer knows getting ill, reminding them of their mortality.

Dreaming of losing someone is a primal fear. It keeps one on guard so they can prepare for the inevitable even if it isn’t the dreamer dying his or herself.

Feeling angry at someone and wanting them to come to an unsuspecting end is as common and strong as the fear of losing someone the dreamer is close to. The feeling of being controlled can be a reason for dreaming of someone dying. This includes being manipulated or dependent in a relationship or being abused by a boss.

If the manipulator were to die in real life, it would be an easy way out for the dreamer. It is more passive because the dreamer is still dependent and would rather not have to make the decision of ending or stopping the controlling, visually deceased person.

It’s not always the dreamer that is the one who felt betrayed, used or hurt. Sometimes the dreamer is guilty of hurting and betraying the person that died in their dream. The dreamer’s mind is still thinking if there was something they did do or they didn’t do. Even in the deepest sleep, that person is trying to come up with something to help the other person dying before it’s too late.

A change of circumstance can lead to death dreams. As death is the circle of life, a change can represent rebirth. This could relate to finding a new job, moving into a house across states, or breaking off a romantic relationship to become available for a better mate. Some things have to end to have a fresh start. This leads to dreaming when expecting a child.

Dreaming of death while being pregnant can invoke a dream of someone else’s departure. However, it’s not as common as the other reasons because it’s not usually representing a literal death but interpretation of something new and having to give up something else in return.

For example, a new mother is no longer just responsible for herself but for her child too. She won’t have as much free time as she used to, now that she will be taking care of another human being.

Throughout the history of man, people from various cultures, regions, religions, and time eras have been fascinated and fearful of dreams, especially ones of death. Numerous reasons for these nightly visions were believed to be the work of messages, premonitions, and events passed on by the gods or the dead. The Greeks and Romans often turned to dreams for solutions or warnings.

Focusing on dreams of people dying was a way for a person to reestablish relationships, finish old business, and settle down. If one lived in the ancient times when everyone believed dreams were simply supernatural visions and not one’s brain activity, dreaming of someone dying would be quite frightening.

Often enough people who’d experienced them would look for clues to avoid various dangerous areas or situations that resulted in death. If one was a soldier, he figured his next battle would be his last and say his goodbyes. If one was an apostle, they’d take better care when handling patients.

Travelers cut their journeys short due to fear that death would be waiting around the corner, once they have a glimpse of the great equalizer in their dreams. For people that were a little more optimistic, they would take these so-called premonitions as a reminder to enjoy life and the little time they had left.

Dream Of Someone Dying and Coming Back to Life

When you dream of someone dying and coming back to life, it can mean a number of things. It could simply be a symbolic representation of something ending and beginning again. It could also be a sign that you need to let go of something or someone in your life. Alternatively, it could be a warning from your subconscious about someone or something in your life that is in danger.

Dream About Someone Dying in Your Family

It can be incredibly upsetting to dream about a member of your family dying. Dreams about death are often symbolic, so it’s important to try to understand what your dream is trying to tell you. There are many possible interpretations for dreaming about a family member dying, so it’s important to look at the context of your dream and your own personal life to try to understand what it means.

One interpretation of dreaming about a family member dying is that it symbolizes change. This could be a change in your personal life, such as a new job or relationship, or a change in your family dynamic, such as a move or a new baby. Dreams about death often represent something ending or changing, so this is a possibility to consider.

Another interpretation is that dreaming about a family member dying represents something you are worried about in your life. This could be a specific worry, such as worrying about a loved one’s health, or a more general feeling of anxiety. If you are experiencing a lot of stress in your life, it’s not surprising that you would have dreams about something bad happening to your family.

Whatever the interpretation, dreaming about a family member dying can be a very upsetting experience. If you are having this dream on a regular basis, or it is causing you a lot of distress, it’s a good idea to talk to a therapist or counselor who can help you understand what your dream might mean and how to deal with it.

Various celebrities and historical figures have been said to have predicted their own death thanks to dreams. Abraham Lincoln declared that he had dreamed of his death not long before he was assassinated in Ford’s Theater. His lawyer noted that he’d told him that a dead body had been surrounded by onlookers and it was the work of an assassin.

Many considered this to be the result of superstition since almost everyone dreams of death and other dreams that don’t come true. They were just dreams. After all, President Lincoln had just been the leader of a country ravaged by war. It’s not unusual to suspect he’d be concerned for his safety by some people who were still bitter.

Not all dreams of death were considered to be a bad omen. Some have inspired great works of art and fiction still remembered today. Mary Shelly, the author of Frankenstein, created the world’s first Sci-Fi novel depicting a creature brought back to life after death had taken its toll.

In the dream, she saw someone dying and then a figure of a man stretched out grotesquely. His rebirth defied the law God created, by mocking what was supposed to be the final stage of this world. In her dark dreams and imagination, she was inspired to bring life to one of the greatest horror stories of all time.

Dreams have fascinated and frightened humans since humans could reflect on their thoughts. Death has also frightened and fascinated us. How can they not? Vivid, nightly visions appear so real as the mind’s senses are manipulated by what the trip allows dreamers to see.

Death is frightening because the true unknown challenges one’s sense of stability. When the two are put together, the dream of someone dying lingers in people’s minds long after they go about their daily activities. 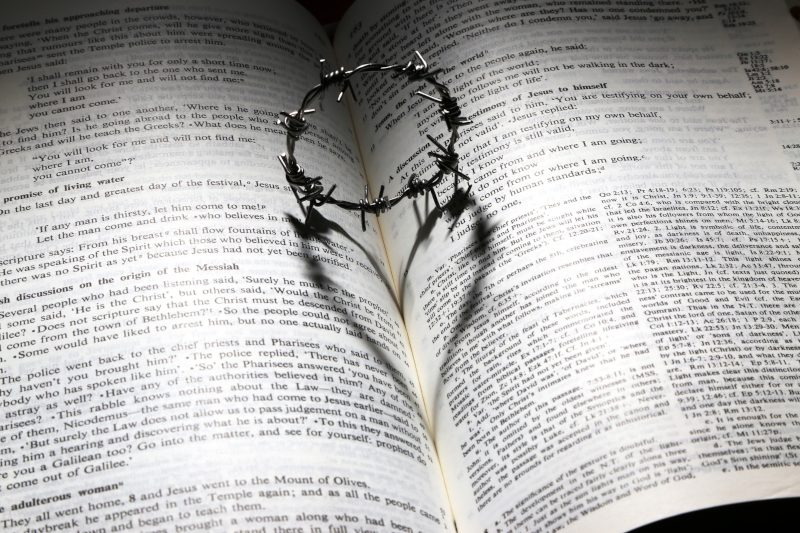 So, what does it mean when you dream about someone dying? Some people consider them a warning, and that person takes more care to keep up their health and safety. People who see dreams of people dying, view it as an inevitable omen, and they start making preparations for their own demise.

Others try to look on the bright side and make their own interpretations as a message to appreciate life or view their own psyches and perspective on the world and people around them. These surreal, experiences, only seen while sleeping, can be caused by bitter feelings of jealousy, anger, worry, and longing for relief or a hopeful step toward a new beginning.

It’s your own interpretation. Take what you want from them, because everyone has their own thoughts when they get a glimpse of someone meeting the great equalizer.

link to What Does It Mean To Dream About a Lioness?

Many different cultures' tales, myths, and legends center around lions. Lions could repeatedly appear in dreams, and their presence might carry significant meaning. Generally, seeing a lion in your...

Continue Reading
link to What Does It Mean To Dream About Your Twin Flame?

There is something amazing about "twin flames" or "mirror souls." Ever had a strong sense of kinship with someone you met for the first time? You felt as if you'd known one other forever the moment...

Our analysis is based on in-depth research; it’s not only linked to an actual dream, but also to a psychological moment that leads to you to have a dream. Here you will read many interesting articles, and learn more about your dreams and the psychology behind them.